Thattekkadu Bird Sanctuary will mesmerize you with its scenic beauty and lush green environment. This place will be a fun retreat for bird watchers as this sanctuary has a huge bird population of numerous variety living here. It was established in 1983 and is approximately located at a distance of 13 km northeast from the town of Kothamangalam. It covers an area of 25 square kilometers and is flanked by Periyar as well as Idamalayar River. 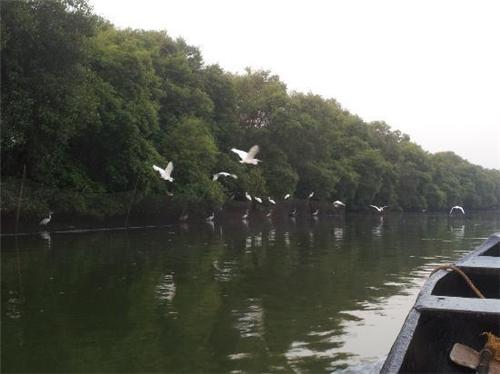 The Bird Sanctuary was established with the initiative of Dr. Salim Ali an internationally acclaimed ornithologist. As per his survey there are about 167 birds in Thattekkadu and having such large variety of birds prompted the creation of the bird sanctuary. Plantations like teak, fruit orchard, rosewood and mahogany in large numbers are spread across the bird sanctuary. The climate is quite favorable and the hottest being the months of April and May. It receives a rainfall 1400 to 2300 mm and its temperature varies between 20-32 degrees. The Thoppimudi and Nyayapillimudi are the high peak located in the sanctuary and its topography has altitudes ranging between 35 to 488 m.

You can spot around 34 species of mammals which include porcupine, sloth bear, leopard as well as elephants. It’s also the home to 47 varieties of fishes, 15 types of amphibians and 30 types of reptiles can be spotted in this sanctuary. Birds are the highlight of this place and you have numerous varieties living within the sanctuary. The Indian roller, Indian hill myna, Malabar trogon, cuckoo, common snipe, grey drongo, wood peckers, crow pheasant and lare piedare are the common birds seen here. Rare species of birds like Malabar shama, Peninsular Bay owl, Ceylon Frogmouth, Crimson throated barbet, Malabar horn bill, Greyheaded fising eagle as well as the Bourdillon’s Long eared Indian Nightjar can be seen here. During winter migratory birds from Central Asia as well Europe are also seen flocking here.

Nature lovers would enjoy spending their time here and be in close proximity to nature. You have numerous lodges as well as PWD rest houses that can be opted by tourists for their stay. You can also be in touch with the Assistant Wildlife Warden who can give you a detailed idea about the sanctuary.