Kochi is essentially a sports loving city and the people here are known to participate in a number of sporting activities. Kochiites continue to have a knack for some of the traditional games like kalaripayattu, also regarded as the oldest form of martial arts in the country, theyyam and poorakali. Among modern-day sports football, athletics, volleyball and cricket are very popular. 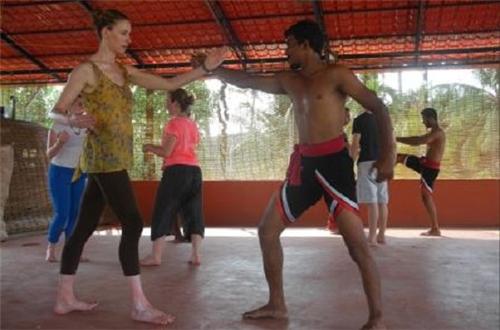 Kochi has produced some of the best national football players of the country. FC Cochin has been a revered football team during the late nineties and dawn of 21st century. The team comprised established players like IM Vijayan and Jopaul Anchery.

The annual Indira Gandhi Boat Race is a huge event that attracts sport lovers from all across the world. The competition takes place in the backwaters of Kochi where several boats with over 100 oarsmen in each boat compete for the trophy. Loud music, cheers and a rhythmic movement of the boats make this an unusual sight. Kerala government use this competition to boost its tourism.

Jawaharlal Nehru International Stadium, also known Kaloor International Stadium, is the biggest stadium in Kochi. It has a seat capacity of 75,000 and is often acknowledged as the noisiest stadiums of the world because of the stadium’s acoustics. The stadium was originally constructed as a football ground but off late a number of cricket matches have been played here.

The Nehru Stadium is the newest of all stadiums in India and is, therefore, equipped with a host of modern technologies that are nowhere found in other stadiums of the country. One of the significant features of the stadium is its 2 Kw floodlights which can provide lighting levels for HD telecast even after switching off its electricity.

The Regional Sports Centre is another important sporting ground in Kochi. The centre provides training and coaching for a number of sports and activities. This 4 acres of centre has both indoor and outdoor facilities. Indoor sports like lawn tennis, table tennis, badminton, basketball, cricket, swimming and billiards are played here. The indoor stadium is known as Rajiv Gandhi Indoor Stadium ad has a seating capacity of 10,000.

Kochi houses a number of sports clubs dedicated to the upliftment and betterment of sport activities. Some of the popular sporting clubs in the city are Edakochi Cricket Club, Veli Lions Sports club, Sailing Club, Cochin Yacht Club, Creek Cruise Club, Tripunithura cricket club among others.

Marathon is relatively a new sport in Kochi. The first ever Cochin International Half Marathon took place in December 2013. The event witnessed a massive participation that commenced from Maharaja College Ground and ended at Mattancherry. The route covered 21 kms and crossed through some of the significant and historical spots of Kochi. Apart from Half Marathon, two other categories namely Amateur Run covering 7 kms and Celebrity Run of 2 kms were also included. Athlete Milka Singh and actor Mohanlal played a significant role in this event. The winner of the Half Marathon was awarded Rs 25 lakhs. Kochi Mini Marathon and Kochi Marathon are the other marathon competitions that take place in the city.