The Naval Force plays a significant role in our country and their dedicated services protects our territorial waters. The maritime museum showcases their importance and gives you an idea about the history as well as their evolution. The museum is situated in INS Dronacharya which is Navy’s gunnery and missile school in Kochi. 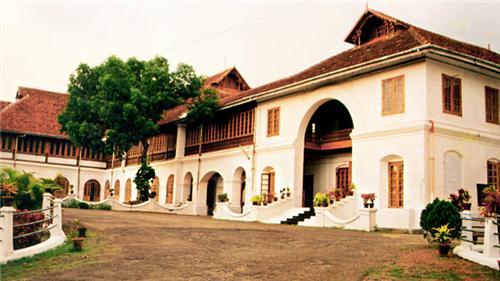 The Museum came into being in 2001 and has a large collections of artifacts related to navy displayed here. Basically the museum comprises of two ammunition bunkers that can be dated back before World War II. One of the bunker describes maritime history in the region of Kerala while the other shows the development of the Indian Navy over the years. On display you have the models, naval ceremonial symbols and dresses. Apart from that you also have the paintings and murals exhibited here. India’s maritime history can go way back to Indus Valley Civilization. The Portuguese, Arabs and the Dutch came to India for trade purposes and these have also been explained with the sea routes. Detailed descriptions development of Cochin port as well all the ports of India are also shown here.

The Indian Marine Force was established in Surat and it goes way back to 1612. The development of Navy force and how they have contributed to history of India is described in detail. A section called the Navy in Action shows active participation made by the Indian Navy in the Indo-Pak war, Goa Liberalization and Kargil War. You also have badges, flags and Navy regalia on display that were offered to Indian Naval forces as souvenir by the Pakistani colleagues. A detailed description about the ship building activities around the coast of Java, Sumatra and Bali has also been given.

Another highlight of this museum is an 18th century Cannon with a brass muzzle and an anchor used by ships. Various weapons used during the war like missiles, mines, guns and radars are also set on display outdoors. The warships used by the British can be spotted here and other interesting artifacts include torpedoes as well as rocket launchers.

How to Reach Maritime Museum in Kochi