Kalady is a famous pilgrim spot and it is a birthplace of a prominent philosopher named Sri Adi Sankara. Kalady - its meaning footprint in Malayalam - is believed that a visit to this holy place purifies the person in his thought, word and deed. This small village is situated near the River Periyar and the surrounding greenery makes it look very appealing. 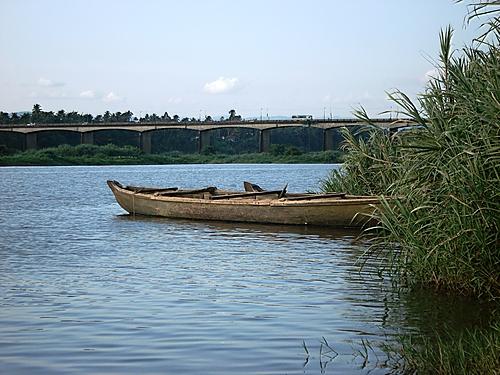 As per the story when Sankara was a child his widowed mother, Aryamba, fell unconscious after walking 3 km for dip in the Purna River (name has recently been changed to Periyar). Little Sankara did not know what to do so and as he cried he asked Lord Krishna to help him. Moved by this gesture Lord blessed him and said that he need not walk so far to reach the river. And as promised the river changed its course and moved in the path showed by the child’s feet. It soon went into Sankara’s garden and hence this place got its name Kalady. Later on a statue of Lord Krishna was also kept here and it was converted into a temple.

Here are the significant temples in Kalady:

This temple houses two deities namely Goddess Saradamba and Sri Sankaracharya. An idol of Lord Ganapati can also be seen here and in the evening chants are recited. The samadhi of Aryamba the mother of Sanakara can also be spotted here. The ten day Navratri festival is celebrated with great pomp and even musical concerts are held here. Again on Sri Sankaracharya’s birthday the people get to see the Vedic speeches as well debates conducted by world renowned Vedic scholars.

Swami Agamananda is the founder of this Ashram and it is one among the many branches operating in India. In the temple you can spot a statue of Ramakrishna made of white marble and also a big prayer hall. The Ashram has a charitable institution, school as well as a library all run under its name.

This is an eight-storeyed building that was constructed in memory of Sri Sankaracharya. The pink building is surrounded by a beautiful garden and all together is a fabulous view. The entrance features two statues of elephants and as you step into the temple you can see the Mandapam sporting two knobs shaded in silver that represent guru's sandals. Here you also have idols of Ganapati and Adi Sankara which is accessible for people irrespective of any religion. 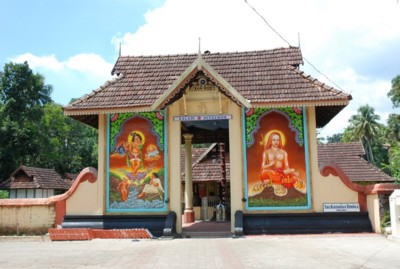 This temple worships Sri Krishna and is managed by the Kalady Devasthanam an association of two Namboodiri families who are closely related to Adi Sankara. As per the legend after changing course of the river Purna a temple dedicated to Lord Krishna was built and as part of celebration Atchutha ashtakam was also sung. From then onwards the Sasalam village came to be known as Kalady and it is one of the temples to be still existing from period of Sankara.

This temple is of Goddess Durga and is situated at a distance of about one kilometer from Kalady. As per story the Sankara's father, who was priest of temple asked him to offer milk to Devi. As he was doing so he noticed the quantity of milk remained the same and he felt disappointed. He began to cry and seeing this Devi was moved. So she took the milk offered by Sankara.

The Thiruvellamanthulli temple was initiated by a Namboodiri named Siva Sarman who was the father of Sri Sankara. As per the story the elderly parents of Sankara wanted to visit and pray to the Lord. But they were not strong enough to make the darshan. Now Siva appeared in his dream and asked him to move in the direction of the white deer that appears in his home. God assured him that he need not travel all the way to pray and that this deer would take him to a nearby place of worship .

This temple is located at a distance of 3 km away from Kalady. As per the story Sree Sankara had prayed to Vishnu from this Siva temple. His prayers were heard and it is believed that Vishnu appeared in the very same idol. From that day onwards both offerings to Siva as well Vishnu are made on one and only idol.

This Siva temple is located 8 km south of Manjapra and Sree Sankara's father, Sivasarman Nambudiri performed the religious activities of the temple.

Long back the Sankara Mutt was handed the Kingship rights of Kalady and as such they could collect land tax. After Idependence this was put to hold after passing the special enactment. The Mutts were also offered lease hold rights of the Sthanman by the Sree Krishna Temple. Recently its name has been changed and it is known as Veda Patdhsala Of Sringeri Mutt.

After the demise of the mother Sree Sankara a place for cremation was decided and the last rituals were done by Sree Sankara himself with the help of two people belonging tp Namboodiri family. Daily lamps were lighted and this is done by the Kappilly Mana a prominent Namboodiri who had assisted in the cremation ceremony. Later on the Travancore Kings took over this place and now it is maintained by the Sree Sringeri Mutt.

There are three Ancient Ghats of which the first one being the area where Sankara had performed the Aaraattu. This is a tradition of dipping the idol and giving it a holy bath. And following this custom for centuries now Aaraattu is being conducted on this Ghat. The second one is Muthala Kadavu which means Crocodile Ghat and it is a place of significance as Sankara decided to go for Sanyaasam from here. As per the legend Sankara wanted to go for Sanyaasam but his mother was not allowing him to do so. But one day a dog touched Sankara and as per ritual he was supposed to take a dip in the river. As he was bathing in the River Periyar he was suddenly caught by a crocodile and as he was being pulled down he asked his mother if he could save himself by taking up Sanyasam. Worried mother agreed to this and soon the crocodile left him. After this he took up Sanyaasam and that is the reason this place is called Crocodile Ghat. The third one is the place from where Sree Sankaracharya performed his last cremation rituals as per the Namboodiri customs for his mother.

How to Reach Kalady

The Aluva railway station is located at a distance of 15 km from Kalady. Once you exit from the station you need to move towards the northeast direction on the Aluva-Munnar Road. You will reach sub jail road and from petrol pump junction you need to go to the Perumbavoor Aluva Road. Next take a left onto the Mampally Junction and move on to the Thiruviranikkulam-Marampilly Bridge Road. Again take a left turn at the Manjapetty Ferry Road and make first right turn on the Thiruvanikulam Temple Road. Head towards Venmany Road by turning right and then a left onto the Plakkattu House which leads to Venmany Road. After you make a right turn you reach the Kalady -Aluva Road and staying on this road take a left onto the Kanjoor Junction. Move on to the Kalady Malayattoor Road and you will pass the Panchayath Open Air Stadium. Now you have reached your desired destination.