Fort Kochi is located on Mattancherry peninsula and has numerous tourist destinations. You can get a glimpse of the past from the numerous monuments that are restored and preserved here. Once you reach this destination you cannot miss out the Fort Kochi Beach which is nearby. It is easy to access and you could also opt to reach here by road or jetty services. The calm and peaceful atmosphere makes it a perfect place to spend time with your friends or family. It is located on the south west region of the Kochi mainland. 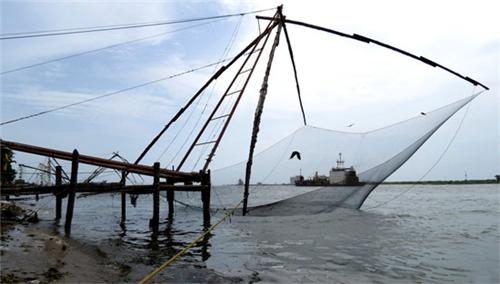 The Chinese fishing nets also known as Cheenavala is the main attraction of this place. These nets are not used anywhere in India other than in Kerala. During the ancient times Chinese had introduced this here and now it has turned to be fascination for everyone who visits this beach. As you walk along shores you can see the lush green environment and even catch a glimpse of boats or ships passing by. Numerous food stalls can be seen here and their specialty is different dishes prepared from fish. It is an ideal picnic spot and you can enjoy the beautiful scenery of the sunrise or sunset. Some other interesting attractions would be the Vasco Da Gama square and light house that can be found nearby. But certain areas of the beach are not open to the public as they are in the control of Indian Navy.

Fort Emmanuel is a famous monument here which was once built by the Portuguese in 1503. This fort was named after the Ruler of Portugal and it was built as a business deal between the Maharaja of Kochi and former. Near to this spot you can see the Dutch Cemetery that has tomb stones of Europeans who once came to India during the colonial times. Another interesting place is the Parade Ground which is very large and covers an area of four acres. This spot is famous because it’s the place where the Portuguese and the British conducted their parades. 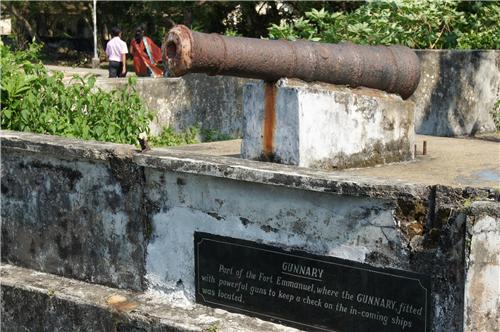 Very near to this place you can spot the St Francis Church which was built in 1503. Here the famous Portuguese leader Vasco Da Gama was buried but later his remains were taken back. You can still see the tombstone which is kept in his memory. Another Church in Fort Kochi is the Santa Cruz Basilica which was built by Portuguese in 1505. It was later revived and brought to a cathedral status in 1558.
Sprawling and luxurious bungalows can also be spotted in Fort Kochi. The Bastion bungalow looks appealing with its Indo-European architecture. It was built in 1667 and it is currently the residence of the Sub Collector. Another one is the Thakur House which was once the residence of the mangers of National Bank of India during the British reign. Currently this is owned by a tea trading firm called Thakur and Company. The Bishops house is also located in this region. It can be dated back to 1506 and it was once the house of governor of Kochi.

How to Reach Fort Kochi

By Road: Both private buses are available from Ernakulum to Fort Kochi. It is approximately at a distance of 13 km and may take an hour to travel.
By Rail: Once you get down at the Ernakulum Railway Station you can take a ferry ride from the main boat jetty. Time of travel is 20 minutes.
By Air: The Cochin International Airport is located at approximately 30 km from Fort Kochi.