Ettumanoor Siva Temple is at a distance of 12 km from Kottayam and here Siva is worshipped as its deity. The word Ethhumanoor is taken from the word Manoor which means place of deer. The temple was constructed somewhere in the 16th century and as per the story Pandavas as well as the Vyasa had prayed here. This temple also worships Bhagavati,Sastha, Ganapathy and Dakshinamurthy as its other deities. 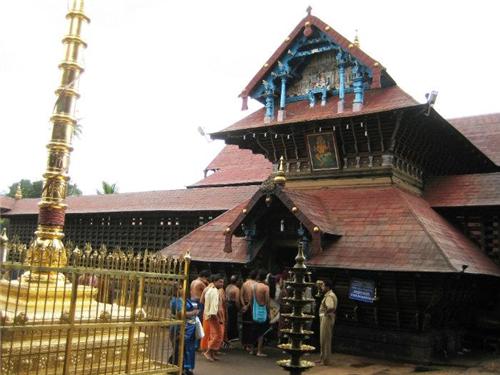 Ettumannor temple has a traditional Kerala-style architecture with gopuram and fortresses surrounding it. The slanting roofs are made of copper sheets and you can spot a golden flag post within the premises of the temple. Some of the paintings include the Pradosha Nritham and the mural painting dating back to the Dravidian Era. Another highlight is the idol of a bull which is enclosed by bells and metallic leaves. Stories also say that Adi Sankaracharya had written the famous poetry 'Soundarya Lahari' from this very temple.

Aarattu festival is celebrated with great festive spirit and it is held in months of February as well as March. A procession of statue seven and half elephants made entirely of gold will be displayed to the people.This is was once given by the Maharaja of Travancore and it nearly weighs 13 kgs. As compared to all the valuables donated to Devasoms this stands to be the most expensive one. Even Tulabahram is a common ritual conducted here. As per this tradition the devotees are balanced and weighted on a weighing scale with gold or fruits.