The city of Kochi is administered and looked over by the Municipal Corporation of Kochi. The Mayor is top most official here and he is assisted by 74 ward members who are elected very five years. The current running Mayor is Tony Chamminy and his administration works within an area of 94.88 km2 of the city. The corporation came into being in 1967 after the unification of municipalities of Fort Kochi, Mattancherry and Ernakulam. It has its headquarters stationed at Ernakulum and its various branches are located at Fort Kochi, Mattancherry, Vyttila, Edappally, Vaduthala and Palluruthy. 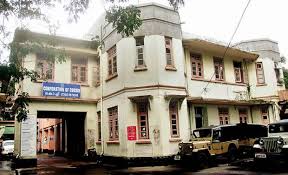 During the reign of the Dutch (1664) the first corporation was established at Immanuel Fort which was then called the Kochi Stormburg Fort. Soon the British came into power and this organization was dissolved. In 1823 a municipality came into being under British rule but it had employed officials form only British East India Company. Later under the leadership of the Maharaja Rama Varma and the then Diwan Sankunni Menon the first official municipality was established in 1866. A municipality of Mattancherry was established and it was moved out of Fort Kochi.

Soon a municipality was created for Ernakulum town. This comprised of 4 representatives from the Palace, 2 people from local community, 2 people from religious communities and one British. After the Independence Elamkulam and the Cheranallur Panchayat were brought under Ernakulum while a small section of Palluruthy Panchayat went with Mattancherry. Later a resolution was passed to form the Corporation of Cochin by unifying Ernakulam, Mattancherry and Fort Cochin municipality. Fort Kochi was against this amalgamation but Kerala State Assembly sanctioned it and it was established on 1 November 1967.

The Corporation of Kochi looks into the infrastructural development and well-being of all people residing in city. Kochi is now the commercial hub of Kerala so careful planning has to be done so that they are effectively implemented. Waste clearance and Sewage management is undertaken by Kochi Corporation. The waste are collected from different parts of city and are sent to Brahmapuram Soild Waste plant .Here it is recycled and later transformed into fertilizer. The Kerala water Authority also comes under the Kochi Corporation and they ensure regular supply of water to the city.

Explore more about Administration in Kochi