Kochi, a picturesque city located at the coastal regions of Kerala attracts a good number of tourists from all over the world. The hilly areas of the city complimented with a pleasant weather are a favourite relaxing hub for many. The city is also famous for its medical institutes and a whole range of state-of-art medical facilities. For all these reasons, the city is always jam-packed with expats. To make conveyance easier for these outsiders, Kochi has constructed a magnificent international airport that provides good connectivity to various parts of the world and within India. 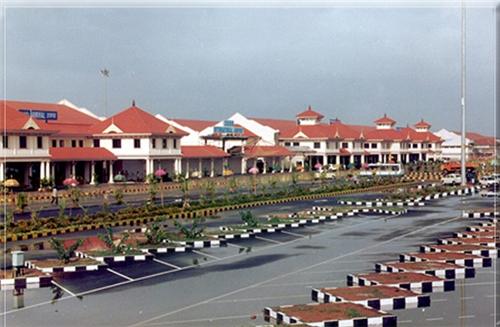 The first ever initiative of constructing an airport in Kochi was taken up by the British during 1936. An aerodrome and airstrip was constructed at Willingdon Island mainly for the conveyance of British officials. With the commencement of World War II, the airport was transformed into a military airbase. The airport was then regarded as one of the most important areas in southern India for landing and deploying military sea planes.

However, with the end of World War II and India’s Independence the airport was mainly used for the transportation of civilians within the country. With the economic boom in 1980s and 1990s, air connectivity with the Middle Eastern regions increased. This initiated the idea of a bigger, better and greenfield airport in Kochi. But, the Airport Authority of India did not had enough funds to construct another airport in Kochi, and so it was decided to collect funds from individuals and public to build an airport in Kochi. This was the first ever initiative public-private partnership initiative taken up in India.

A committee titled Cochin International Airport Society was registered in July 1993 with the Chief Minister of Kerala as its Chairman. An amount of Rs 100 crore or around US$ 20 million was estimated for the construction of the new airport. Interest-free loans from individuals and organisations were collected by the committee. Non-residents of India, donations from co-operative societies, industries, exporters, loans from state government and various other sources helped in the making of the new airport. For a better and efficient collection of funds a body called Cochin International Airport Limited (CIAL) was registered in March 1994.

The airport was finally inaugurated in May 25, 1999 by President of India and commercial operations began from June 10, 1999. 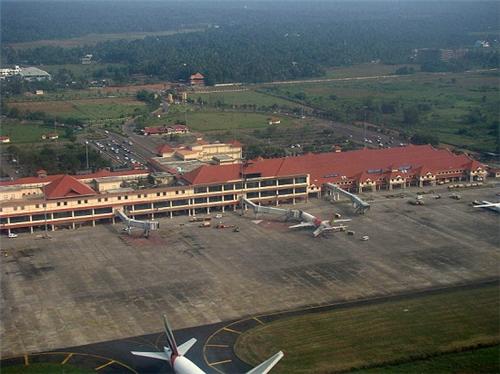 Over the years, the airport has gone through several expansion phases. With the increasing number of international tourists, the airport had to expand its international departure block from 20,000 sq. feet to 30, 000 sq.feet in 2002. In 2007, the airport went through a major renovation and almost every section of the airport was improvised. More number of gates were installed, the waiting area and shopping area increased in size, more glass walls were introduced for better natural lighting inside the airport. In 2008, the airport runway was re-surfaced.

In September 2011, a massive revamp was proposed. According to this plan, the international terminal will be converted to domestic terminal and a new state-of-art international terminal will be constructed that will have the provision for 112 baggage check-in counters, 19 boarding gates, 100 immigration counters, 15 aero bridges, 30,000 sq. feet of duty free shops, fully covered boarding area and six baggage conveyor belts. And the original domestic terminal will be used as “Royal Pavillion” for VIPs and private charters and jets.

Domestic terminal – This terminal can handle a maximum of 400 passengers at a time. Facilities provided in the terminal are:


International terminal – This terminal is almost four times the size of domestic terminal and can accommodate about 1800 passengers. It includes a number of facilities: 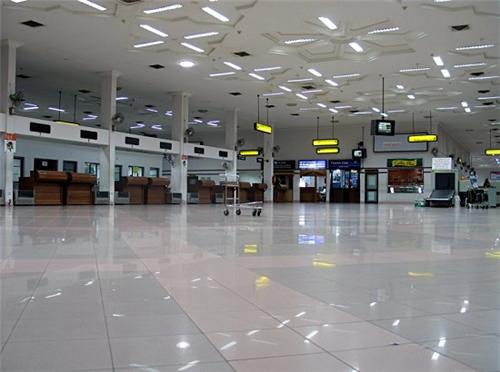 Cargo Terminal – This cargo terminal is considered as the biggest in the country spread over 50 acres of land. The terminal is divided into three complexes:

There is also a provision for handling domestic logistic cargos and India Post services.
Apart from these terminals, the new terminal is under-construction. The foundation stone was laid in February 2014 and is expected to complete within 30 months.

Some of the most modern infrastructure facilities have been equipped at Cochin International Airport. Its air traffic has the latest AIRCON 2100 for controlling air traffic. The Airport Authority has also installed a Rs 160 million air surveillance radar. Apart from a helipad, the authority is also planning for a new heliport. The Indian Navy is going to set up a Naval Aircraft Enclave within the airport. The enclave will be spread over 10 acres of land. The airport is also equipped with solar power plants and is making plans to expand its capacity to 10 MW. 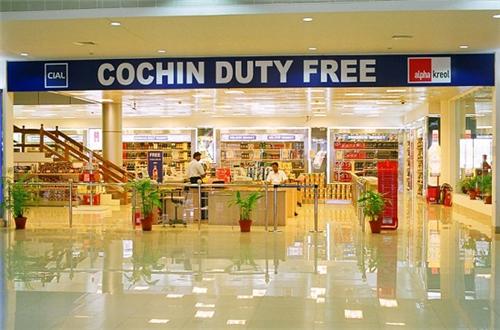 The airport serves sumptuous food and beverages. The international section has a terrace dining with bar facilities. Food court, multi-cuisine restaurants, food court and small cafeteria are available all over the airport.

Lounge facility for passengers is also available for passengers. There are executive and premier lounges for VIPs and business class travellers.

The airport has an adjoining airport hotel, luxury resort and several hotel apartments exclusive for its passengers. 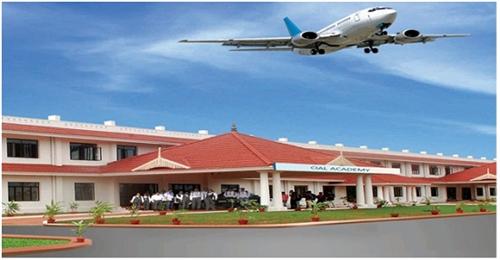