Kochi is the commercial hub of Kerala and its administration is done by the Corporation of Cochin, Kochi City Police and the High Court of Kerala. To ensure efficient management of the whole system, departments have been created and they have been allotted separate tasks. Now all the departments work hand-in-hand to ensure smooth running of the city of Kochi. 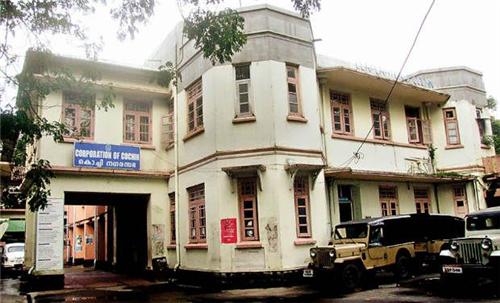 Kochi City Police ensures safety of all individuals and families who reside here. It is headed by the Police Commissioner. The entire city is divided into 5 zones and each zone is assigned to an officer. The control room (No:100) attend to emergency calls and they also provide hotline services to banks that operate within the city. The control room also has ten flying squads with an addition of two back squads that are sent in different areas of the city. The city police also operate separate Narcotic Cell, Women’s Cell, District Crime Records Bureau, Armed Reserve Camps and Riot Force. There is a separate Tourist Police Wing that specially helps out tourists in providing information, guidance and security. For details of Kochi Police Commissioner, click here

This is the top judicial system functioning in Kochi and is empowered to give orders to make sure that Fundamental Rights of citizens are not taken away. After unification of Cochin-Travancore with Malabar and Kasaragod the High Court of Kerala was established in 1956 in Kochi. K. T. Koshi was the first Chief Justice to appointed in the Kerala High Cout. The new High Court Complex was built at a cost of eighty five crore rupees and was inaugurated on Feb 2006.

It has 27 permanent judges and an added 12 judges. When the cases are being tried in court the judges would sit as Single (one judge), Division (two judges), Full (three judges) or even more depending on nature and importance of the case.