Kochi is one of the cosmopolitan cities of Kerala which had come into limelight with its rich treasures of spices. It is also called as the Gateway to Kerala and its awe inspiring scenic views makes it a perfect tourist destination. Kochi is small place in Kerala which is also known as God's Own Country and famous for its green pastures with beautiful landscapes. This city houses the very famous port which is known for its world class standards and facilities. International airport at Nedumbassery is located approximately 40 km North of the city. Malayalam is the native language spoken here. With economic and social development this place has become one of the most happening places in Kerala. People are highly fashion conscious and great western culture influence can be seen in the way they dress. 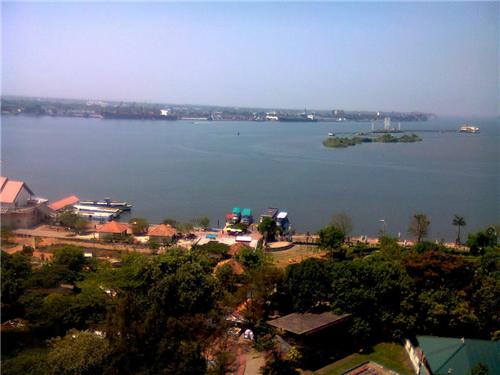 The Origin of Kochi

Centuries ago Kochi was a commercial centre for traders like Arabs, British, Portuguese Dutch and Chinese. These travelers came to this beautiful city to get access to spices like cardamom, clove and black pepper which was abundantly available here. These trading activities greatly contributed to the development and growth of this small city. Thus, it got its name The Gateway to Kerala. With such rapid commercialization it attracted Portuguese, E English and Dutch to set up bases in this city. During the reign of the Portuguese (1530 A.D) a fort known as 'Manuel Kotta' or Fort Emmanuel was built.

The Dutch came in later by 1653 and they managed to succeed over the Portuguese by 1663. Mysore emperors like Ali Haider and Tipu Sultan had defeated the Dutch but alas they were not successful with the British. Later in 1814 Dutch signed an agreement known as Anglo-Dutch treaty with the British wherein Kochi was traded for Bangka Island in Indonesia. After getting Independence from the British in 1947 the Travancore – Cochin state was established in 1949. In 1956, Kerala was formed by merging Kochi, Malabar and Travancore. After a thorough examination by the commission and after approval by the Kerala Legislative Assembly the Corporation of Cochin came into being in 1967.

Earlier Kochi was called Cochin and this small city is located in Ernakulum District of Kerala. Geographically speaking it comes on the south west coast of the Indian Peninsula at 9°58'N 76°13'E. Being a coastal region it has a vast coastline of 48 kms and has total area of 94.88 square kilometers. Kochi includes the Ernakulum Fort Kochi and the north east located regions of Kalamassery, Kakkanad and Edapally. 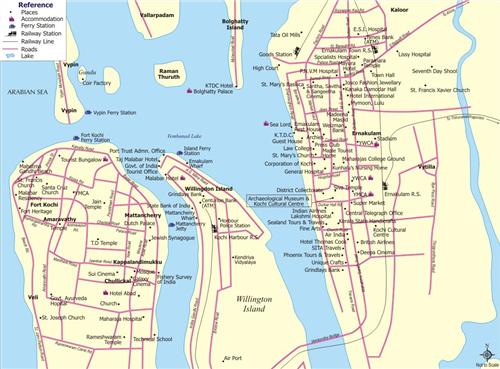 The backwaters has a union of 5 large lakes and 38 rivers which are interlinked by canals. This place has a habitat of different species including crabs, fishes, tortoise and water birds like Kingfisher, darters and cormorants, etc. The lush green atmosphere with palm trees and bushes are mostly due to the rich texture of the soil. The largest lake the Vembanad Kayal with an area of 200 kms is used for irrigation purposes.The dam constructed ensures to prevent salt water of the sea from entering and the fresh water is kept intact.

Kochi is a well developed city and there are different communities and caste residing in this area. As per the census of 2011 it has a population of 601,574 and a population density of 6340 people per km. Here the community comprises mostly of Malayalees, Tamilians, Gujaratis, Jews, Anglo-Indians, Sikhs, Konkanis and Tulus. The major religions practiced include Hinduism and Christianity. Other religions like Islam, Jainism, Buddhism and Sikhism are also followed by a small section of society.

Being very close to the equator, Kochi has a tropical monsoon. The temperatures range between 23-31°C. Summer season is in months of March to June where the highest temperature recorded at 35°C (95°F). During June and September this place experiences heavy showers and during October – December lighter rains can also be expected. Kochi gets an average rainfall of 3,228.3 mm which is greatly contributed by the south west monsoons. 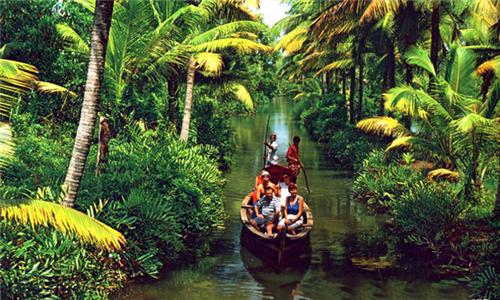 Kochi has well connected roads leading to different cities and states. The NH-47 with four lanes and in some part 6 lanes connect this city to Coimabatore, Pallakad and Trissur. The NH-17 connects to Panvel while NH-85 links Kochi to Dhanushkodi in Tamil Nadu. Transportation includes both private and public buses and auto rickshaws. The Kochi Railway system is organized and operated by the Southern Railway Zone of Indian Railways. The Ernakulam Junction and Ernakulam Town are the two prime railway stations located here. You also have smaller stations like Edapally, Aluva and some on the surburbs like at Kalamassery, Nettoor, Kumbalam and Aroor.

The backwaters are seen to operate many ferry services for both the tourists as well as the residents. Run by the Kerala water Transport Department and other private firms the houseboats caters to offer tourists different price packages that are categorized as Gold, Silver and Platinum. Earlier, they were used to transport harvest but now they have been converted into modes of transportation for people. There are small islands located between Fort Kochi and Madacherry which can only be accessed with boats. The Kochi port provides services of managing cargo and storage facilities. Again there are many passenger ships that are seen to operate between Colombo and Lakshadweep. 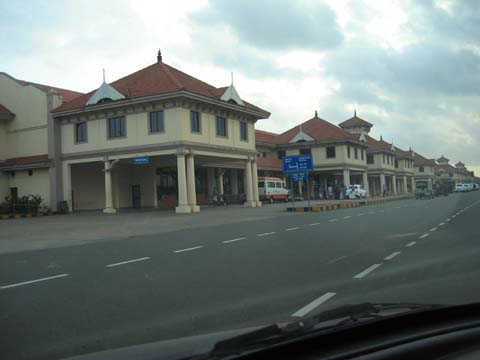 The Cochin International Airport located at Nedumbassery offers connectivity to passengers for both domestic and international flights. This airport is huge with a terminal area of 840,000 sq ft (78,000 m2) and it has the capacity to hold 1800 passengers. You can access flights to Middle East or Singapore or Malaysia or any part of the world.

For more Details on Transport in Kochi Click Here

Kochi has a mayor who is appointed by the Kochi Corporation. The headquarters is in Ernakulam while other sub offices are located at Vyttila, Palluruthy, Mattancherry, Vaduthala, Edappally and Fort Kochi. For easy management this city has been divided into 74 wards whose members are elected every five years. The supply of electricity is managed by the Kerala Electricity Board while the water supply from Periyar River is jointly looked by water department of Kochi Corporation and Kerala Water Authority. Waste disposal and Sewage management is also handled by the corporation.

Click Here for more Information on Administration in Kochi

Kochi is the commercial hub of Kerala and you have many industries contributing to the success of this place. You have the Kochi Refineries located at Ambalamugal which works along with the Bharat Petroleum Corporation Limited (BPCL). This refinery is a major contributor of petrol, diesel, aviation turbine fuel, LPG and many more useful bi-products. Eloor is an industrial area of Kochi where you have around 250 industries which are involved in producing retro-chemical products, fertilizer, pesticides and even leather products.

The 100-acre Kochi info park is located at Kakkanad village in Ernakulam district. This IT park is under the possession of infoparks Kerala, an organization managed by the government. This project has become quite successful and within short span of time it has brought investors like Tata Consultancy Services, Wipro, Affiliated Computer Services, OPI Global, IBS Software Services and US Technology. Being a coastal region fishing is also major industry here. Seafood is packed and supplied in and around Kochi and even exported to foreign countries.

Another highlighting feature of this city is the Cochin Stock Exchange which is listed with the National Stock Exchange and the Bombay Stock Exchange. It got established in 1978 and the online trading came into effect in 1990. There is a subsidiary office of SEBI in Kochi. The Kochi Shipping Yard offers to build and repair ships, tankers, passenger vessels or patrol vehicles. It is one of the biggest shipping yards in the country and is a major contributor of ships for the Indian Navy and Merchant Navy. Kochi has been blessed with an all-weather natural port which is located on Willingdon Island. It connects all international sea routes and it caters to export of various products including spices and seafood.